Past and Present News for this date 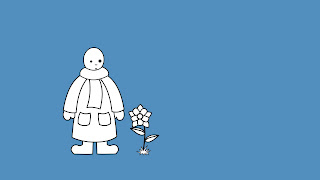 A lot of things have been happening! I just finished working on a game called "Bananaland" a few days ago and a logo for "Lying Rodent". I've been working on the fourth episode of Oil (see picture above) and personal illustration work. It's been great!

Thomas and I have joined the 15/15 festival, a film competition where we are given the object and the quote in the morning of that day and will need to finish the film in 15 hours, he and I will be competing in it this coming Saturday, 10th of March. I am also in an animation competition with the folks from Bigkidz. Our short film last year, "BOX" won us the best animation, amongst other awards accrued, and we're hoping to kick butt again this year. Check the link out at: http://www.nycmidnight.com/Films/2006/002/6.htm

Another thing, I have a job interview this coming Monday....a little nervous about it. It would be really great if I do get it! It's full-time and has possibilities of advancement which is really cool! Will see what happens though.

I have also joined Red Bubble and I will be putting my illustration work as I go along up there. I have joined their digital image competition and am currently generating more work to put up there. Check the link out at: http://www.redbubble.com/people/firerabbit
Email Post