A Trip to Halls Gap

Hi!  I know I say this a lot, but where did the time go?!?!  It's the end of June already.  Quite a bit has happened since I last wrote.  My birthday was last month, I decided to not renew my contract in the last studio I was in because of an injury and I definitely needed a break, I scored a big job that will start some time in August and I finally got to go the the Grampians this month.  A birthday present from my partner, Rob.  I've been wanting to go for years.
We went to Halls Gap and on our first day of our 3 day trip, we went on one of the walks; "Splitters Falls".  I haven't hiked in yonks so it was a touch tiring.  There is something really nice with reconnecting with nature though. We also saw a guy drinking the water.  Am not sure why he did that, the water was brown, like the colour of Coke. We actually followed the trail upstream and saw that the water was stagnant in parts, I wonder if that guy ended up with a tummy ache. 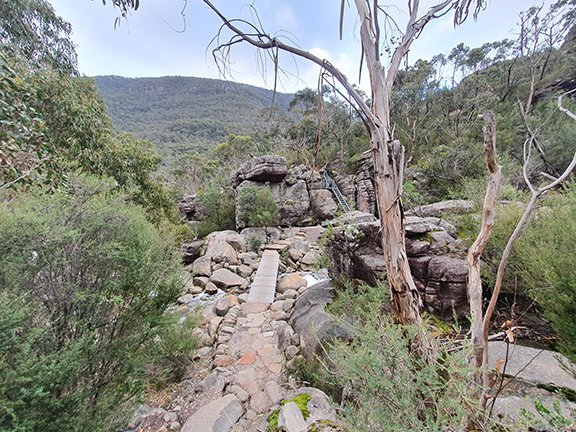 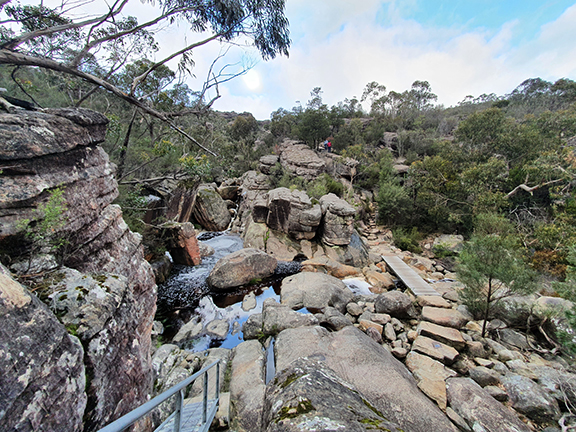 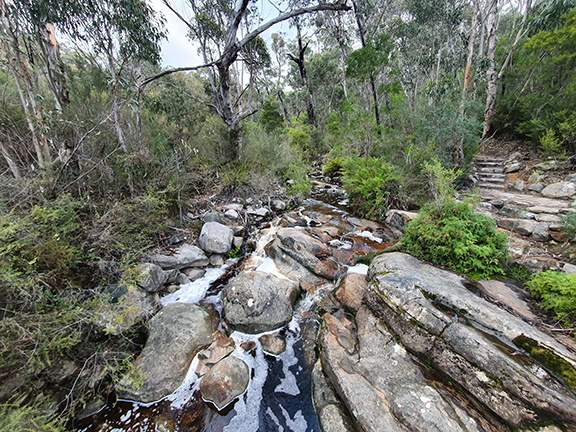 After the walk, we went back to our motel, get some chill out time before dinner.  We had a cheeky Cockatoo check us out. 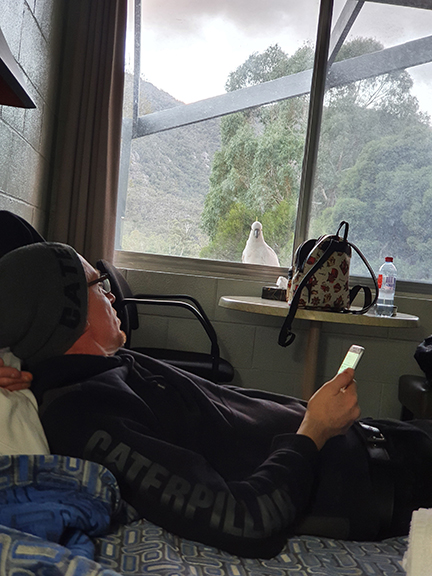 Dinner afterwards was at Flame Brothers. It was really nice.  The peanut butter beer was a bit of a discovery and the cheesecake was good with a generous serving of berries. The waiter was really lovely too.  Rob and I spent some of the evening people watching, which is a favourite past time of mine. 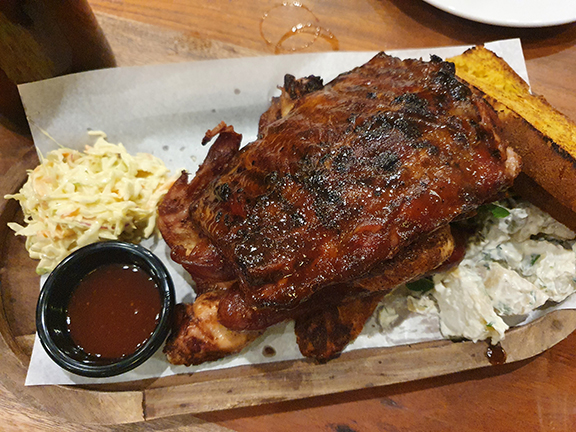 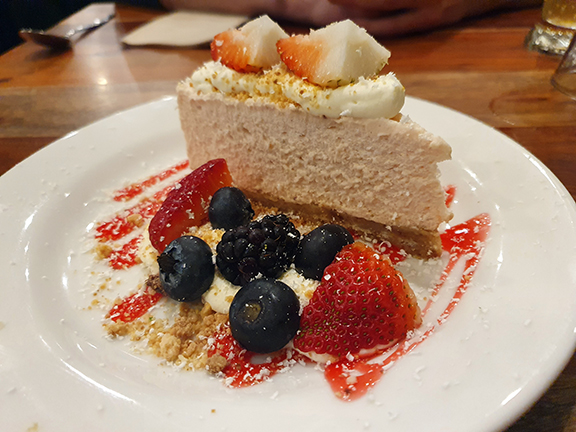 The next morning, the cheeky cockatoo from the day before has come back with some friends.  Turns out that the people staying next door to us was feeding them breakfast.  This was a photo from the motel window. 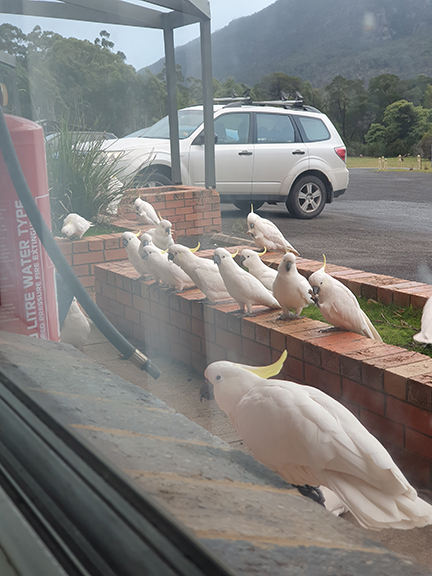 Afterwards we headed to Halls Gap Zoo and spent a couple of hours there.  Would definitely recommend it, if just to check out the adorable little primates.  Am not a fan of monkeys in general but these Tamarinds were just too cute.  Really inspired to do a few drawings involving them.  I also got to feed the deer and these guys were not shy in the slightest. 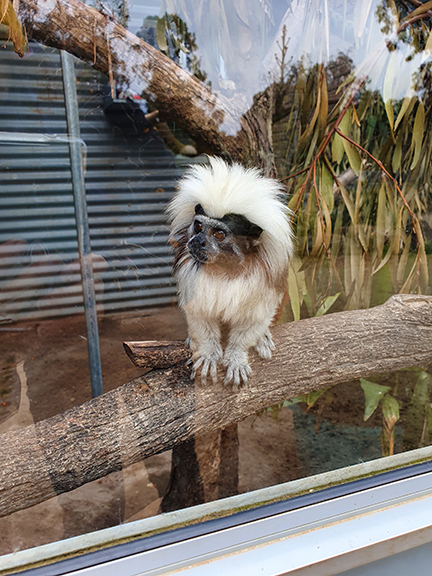 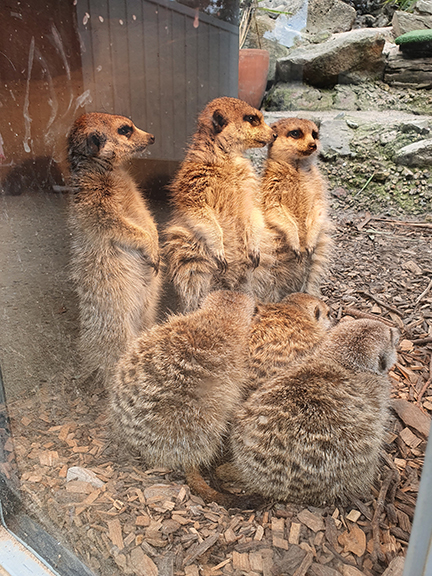 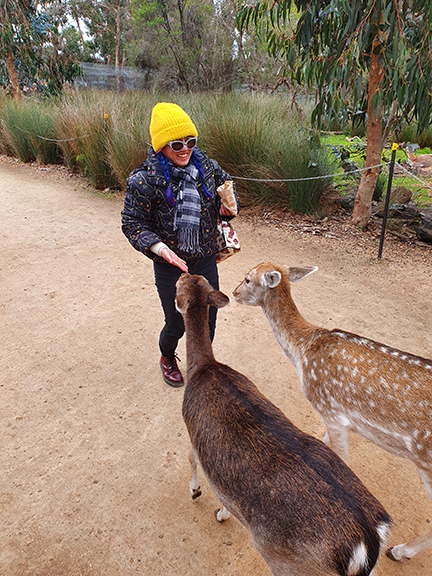 Rob is not much of a hiker and I wanted both of us to enjoy the day so instead of hiking up and down the Pinnacle for a few hours, we decided to drive to the views instead.  Got to say, the views are pretty epic and you can see why the town is called Halls Gap.  It's literally a strip of town in a gap surrounded by mountains. 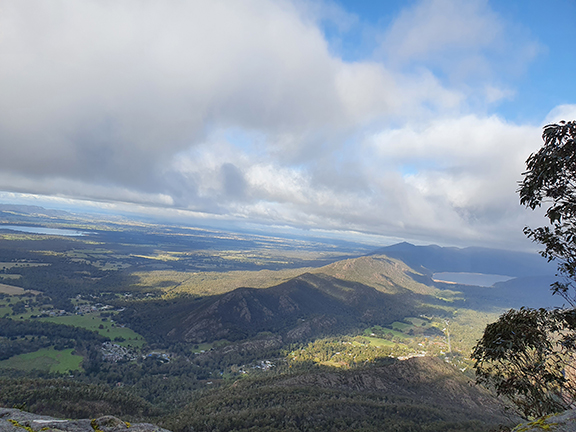 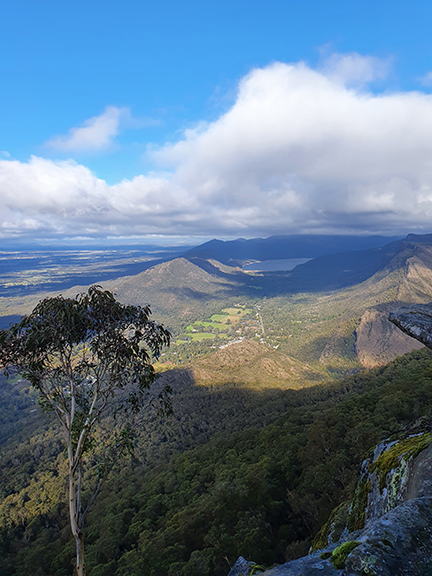 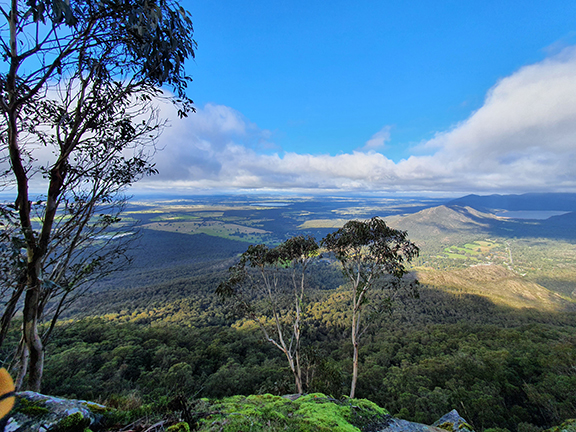 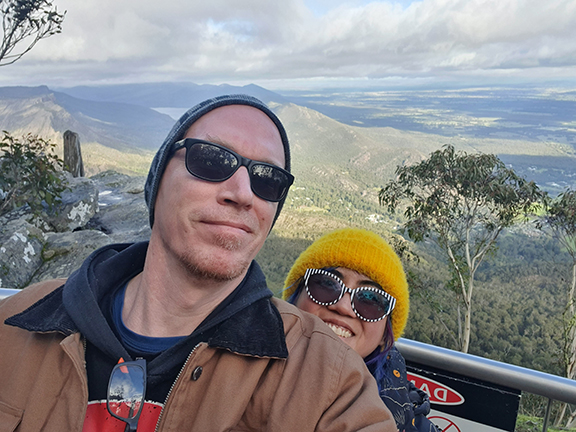 After all that, we decided to go for drinks at the Paper Scissors Rock .  This bar gets packed.  Am not much of a drinker and Rob was driving so we shared the beer paddle and a charcuterie board.  Was good but the bread was on the hard side.  Still, everything else was nice.  It was enough to fill us up anyway that we didn't end up having any dinner afterwards. 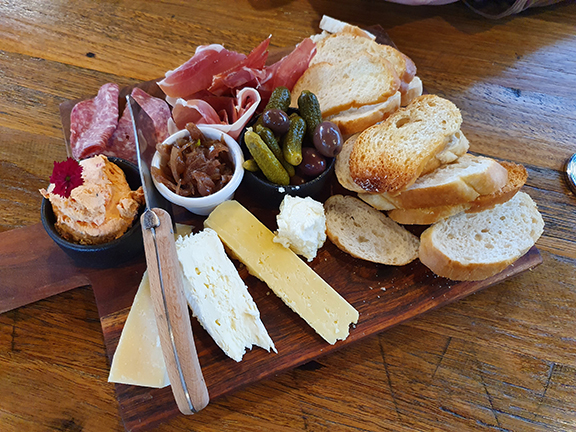 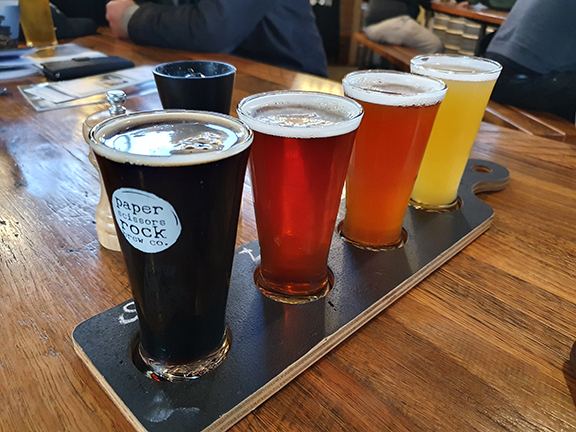 When we arrived at Halls Gap, we noticed that this ice cream place always had huge lines and let me tell you, it was not warm when we visited this place.  I was wearing 2 jumpers underneath my puffy jacket.  So after drinks, we decided to try it and waited in line for quite a bit too.  Got to say, the ice cream was good but I didn't think it was worth the line myself.  I was expecting level 9000 on deliciousness after having to wait in line for ages in the cold.  Still it was pleasant and Rob and I ended up eating ice cream by a small stream nearby. 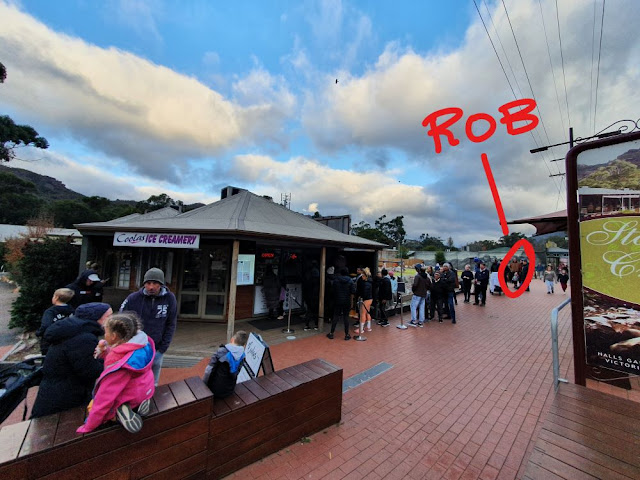 The next morning the cockatoos weren't around but we had this guy instead!  The next door folks gave us some grain crackers to feed him.  Very friendly this kanga, definitely used to humans. 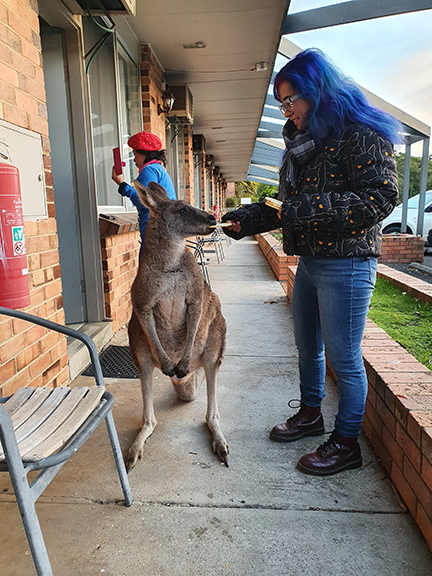 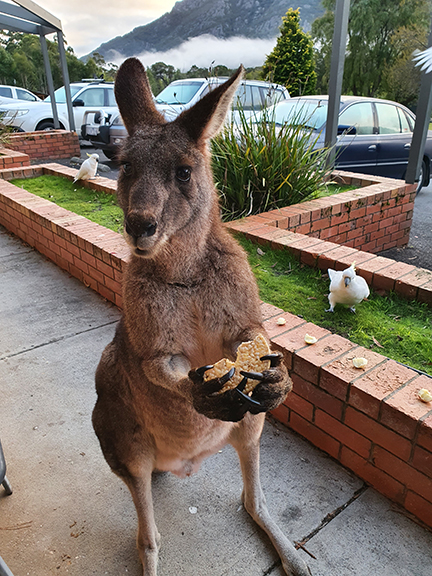 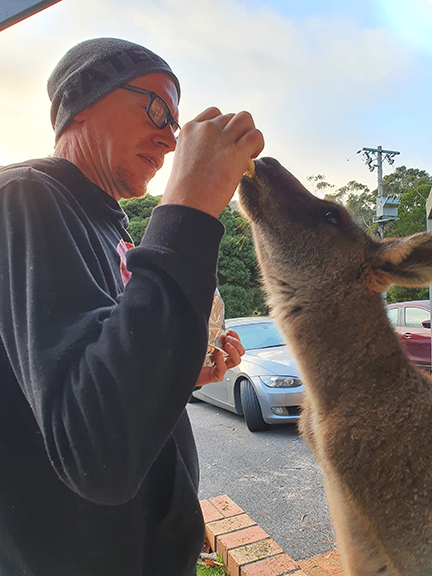 After packing up, we went back to the same breakfast place we went to the day before; "Livefast Cafe".  Great food, really friendly staff and good coffee.  Rob had the eggs with extras and I decided to try the Hotcakes, all very yummy.  The chilli hot chocolate was very nice too. 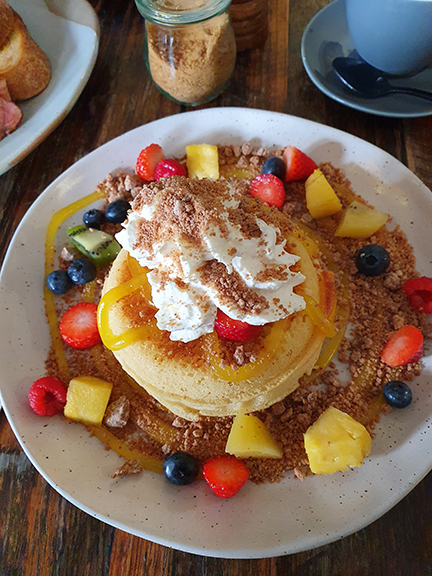 Before going home though, we decided to check out the J Ward gaol and lunatic asylum at Ararat.  You can only visit this place in a tour though,  Turns out that people stole stuff from the museum in the past so you can't explore this place on your own anymore.  It is always annoying when a few bad eggs ruin the experience for everyone else.  The tour was interesting though, our tour guide provided a lot of engaging stories and fun (as fun as an asylum could be) anecdotes. 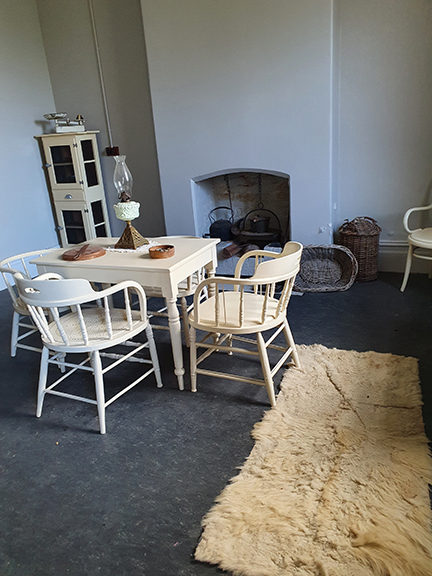 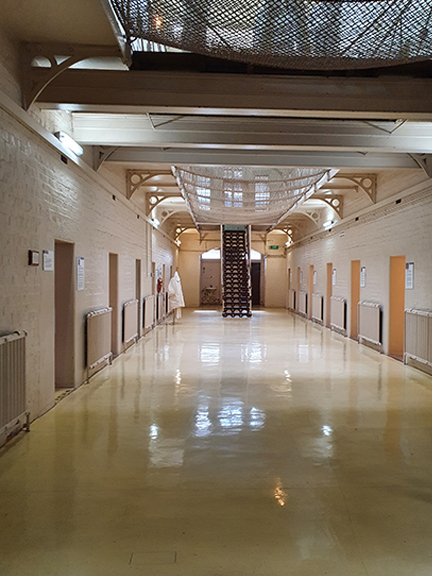 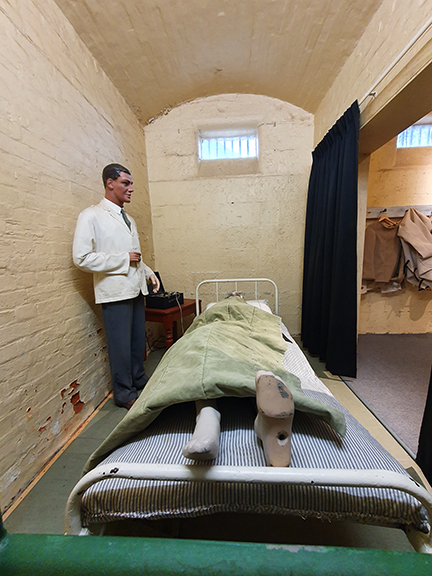 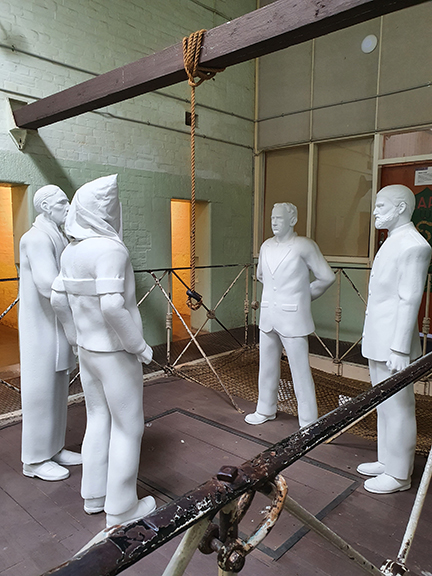 Halls Gap was the biggest trip we've done so far for this year.  I am glad to have gone and I would like to come back again, book accommodation right in the town, explore the Pinnacle and the surrounds more.
Would love suggestions of where to go and things to see in the Grampians and surrounds, if you have any, please leave a comment.  If you've experienced the places we've been, let me know what you thought of the places too!