What's been happening so far in my world.... 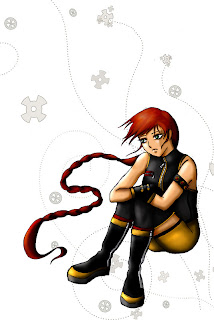 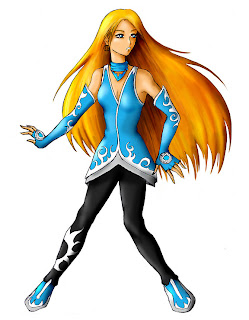 Spent most of today working on this gig I got from Renmotion which is pretty cool! I'm doing expression animations for characters in an upcoming FaceBook game, lots of fun! I still have another 20 animations to go.....

The two character designs in this post are characters from Neonica's stories. Yup, still illustrating then when I get the chance. It's also very relaxing and meditative I find. Hoping to get the chance to draw another one up some time tonight after rock climbing if am not too destroyed.

I have also updated my Red Bubble page! Pretty much adding in thumbnails and links of illustrations that happen to be part of a series. I'm happy with it, looks all pretty now!

Well, I still haven't heard back from Visual Playground but a couple of other freelance gigs have finally landed which I am happy about. Working on Zactoon and Renmotion stuff next week. I also finished everything for Wizzmedia which is cool.

I was suppose to start at Visual Playground next week but they haven't called and I was told that I was going to get a ring yesterday. Ah well. Sometimes things don't work out and only time will tell if it's for the best.

I'm feeling under the weather...think I may be coming down with a cold and am hoping this is not the case. I am currently drinking hot lemon tea and honey and hoping that it all goes away....bleh, rock climbing will be fun tonight, am hoping I'm not constantly sneezing on the walls. That would suck. Speaking of walls, there is a wall at the centre which has become the bane of my existence. I just can't get through it and it's really frustrating me. Though, i did make a lot of walls that I couldn't previously at another centre with a lot of bouldering and that really made me happy. Will have to do it again just to make sure it wasn't a fluke.

I've been a lil sad lately, mostly personal stuff with a friend...hopefully that resolves soon....the whole thing is just painful.