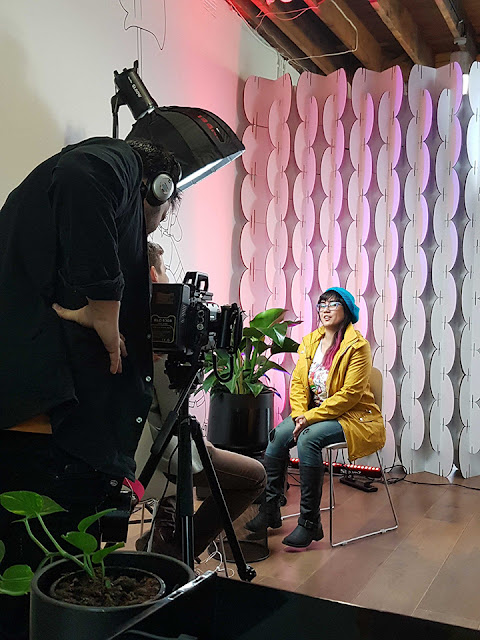 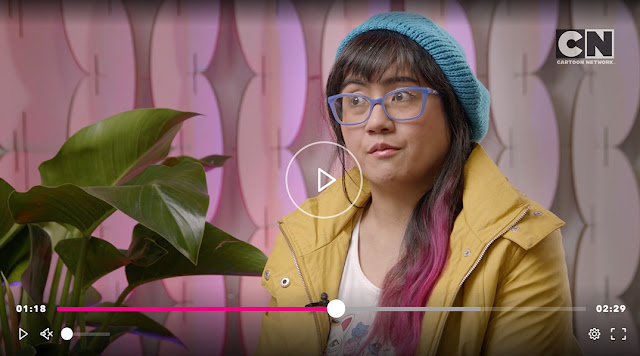 Hi!  Hi!  So a few days ago I found out that I was on the Cartoon Network Monster Beach sizzle reel!  Pretty good.  It is a fun project to work on, though like anything, it has issues but nevertheless, it's been rewarding thus far.

The questions for the interview were fun and the camera folks were all very nice.  It was a lovely experience.

I wish they put in the fun stuff I was saying rather than when I was all serious!  On this day, my lymph node actually swelled up and I was on antibiotics.  I was sick for a few weeks prior to filming and still wasn't a hundred percent on the day.  I'm surprised they got any footage of me where I wasn't coughing. They interviewed almost everyone in  the studio too but myself and another where the ones on the reel.  I think it's because of my colourful clothes...I mean, like a friend said on facebook, my colour palette is on point! 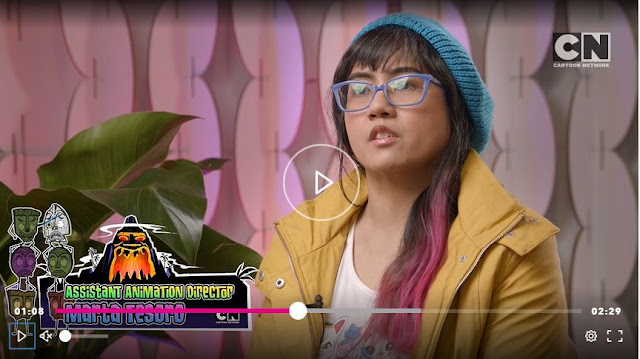