I didn't set out to become a freelancer.  I knew I wanted a career in animation, painting or illustrating coming out of high school, maybe working at a studio like Disney for a few years.  I finished my Masters in Animation in 2003 and soon discovered that working as a full-time animator in a studio for years was a rare opportunity.  Disney Australia also shut down shortly after I graduated. I soon discovered that animation crews were hired on a project by project basis which can last anywhere to a few weeks to a couple of years, if the timing was right and projects went from one to the next.

I had my first freelance job at the end of 2002 and was working on small gigs here and there while I completed my Masters in the Animation and Interactive Media course (AIM) in 2003 at RMIT University.  I ended up getting contracted to do educational animations, small animation projects, illustration jobs in 2004 at the Australian Centre for Educational Research.  I also started doing animations and illustrations for Melbourne University, part-time. I was still living at home at the time and was able to build up my folio and skills, finished my last animated short film which helped me land my first TV series animation job in May 2005 at Viskatoons for Faireez. That contract went for 5 months and I was lucky enough to score another contract directly after that at Bigkidz in October, a full-time job this time, that went for over a year for Dogstar season 01.  During that time I actually picked up a freelance animation job after hours at 9 Lanterns....so for a few months I was working on one contract between 7:30am-4:30pm and then starting my next job at another studio from 5pm-11pm then I would do Melbourne University work on weekends when there was work to do.  I also moved out of home in 2006, so I was juggling a full-time job, freelance work and moving.  Crazy times and when I had a lot more energy. Ah, the joys of being young, eager and desperate.

Since 2005, I've been working pretty much non-stop and hopping from one studio to another and working on pretty much everything from TV Series, commercials, games, corporate animations and a couple of music videos. I was always so scared of not having any work that I pretty much applied and said yes to everything.  It was a non-stop hustle and there were weeks where I  probably only slept for 4 hours a night (this extreme).  Eating out with friends was my main vice, otherwise everything I did was work or things that would help me get more work.  I don't work like that anymore, which is good, my life span has probably been reduced enough as it is. December 2022 will be my 20th year as a freelance/contract animator and illustrator...and I have to say, it hasn't been a bad ride.

To clarify a few things:

Would I recommend freelancing or doing contract work?  It depends, really.

I personally enjoy hopping from studio to studio.  I have met so many people over the years and many I met in my mid-twenties are still my friends to this day.  I doubt that I would have had as many opportunities, experience different ways of working and just seeing different environments if I didn't move around so much. Just for that privilege, I would still choose to freelance over being in a steady one studio job.

Also, from my experience,  if you wanted to work on creating animated TV Series and movies, you might not have a choice. Most of the work is contracted on a project by project basis and even if you were hired as a full-timer complete with benefits, there is no guarantee that you'll have ongoing work once the project is finished.  The animation industry is tough, competitive and not particularly stable and can occasionally be soul destroying. The illustration industry is not much better but I imagine that neither is photography, writing, music and majority of the Arts industry really.  I guess, if you want to work in this particular field as an artist, you might want to make your peace with freelancing and contract work.

There are definitely opportunities for full-time work as an animator, don't get me wrong, especially in corporate and educational work and there are opportunities in design agencies as well.  However working in TV is definitely a different ball game and it will only last as long as the project does and if you're lucky, the studio you're in will pick up another project immediately.  I was at Studio Moshi for over 3 years straight myself with back to back projects.  If not, I would advise taking the time to upskill, network, work on your own projects and continue building up your portfolio. Look at creating opportunities for yourself by attending events that gives you a chance to meet people in the industries you're interested in. 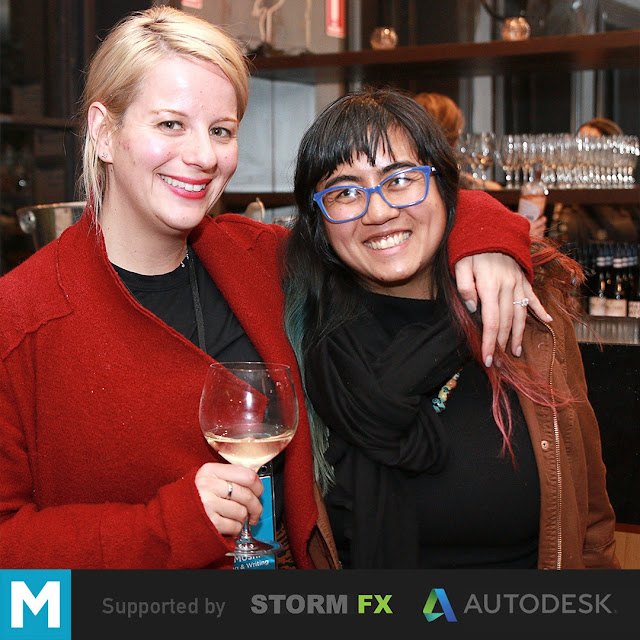 Master of Motions Event 2019, photo by Matthew Packwood.
Are you a freelancer or thinking of becoming one?  I would love to know your experiences and thoughts!    Feel free to comment or send me an email.