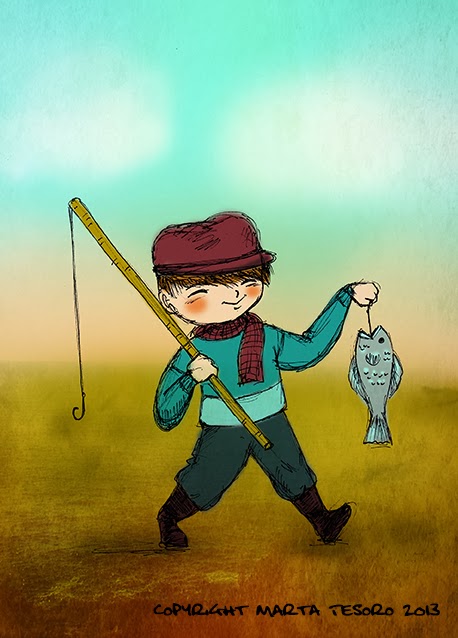 Something I drew up without pencils today at the Entertainment Biz Expo.  I will write a separate post about that shortly.  It's been fun just drawing loosely and cute characters.  I've been doing quite a bit of magic in Photoshop though to make it look somewhat decent.

Today was quite crazy, needing to be at a premiere screening at 7:30am this morning at one of the old studios I used to work at: Viskatoons for Jar Dwellers screening on Channel 11.  I did not work on this project but I was invited to see it at any case!  Then David Blumenstein and I rushed off to the Entertainment Biz Expo where we were until 4pm today.  During this time, I lost my Myki card ( monthly train ticket) which was rather expensive but some kind citizen returned it to the station I last used the card, so Dave and I had to get there before it shut at 5pm.  Traffic in the city was pretty icky too.  Didn't look like we were going to make it either but we did!  Got my card back and all is well.

Tired though and feeling a tad under the weather.  I also need to get a few things to do tonight too....
Email Post
Labels: boy Little boy series Male Photoshop Staedtler fineliners