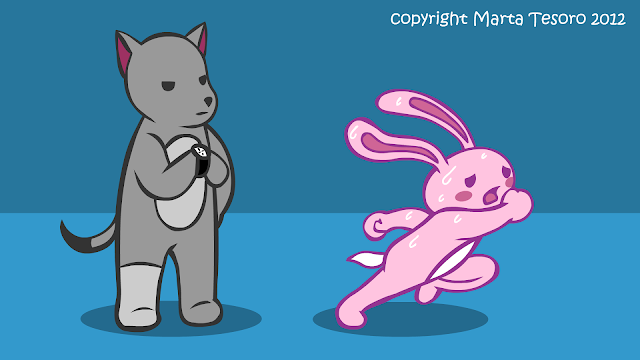 Today was cardio day at the gym and it was great but downright brutal.  Justin upped the ante in some of the exercises so am feeling it a bit.  There's an exercise called "suicide runs"  and from the name, you know it's not pleasant.  It involves running and running from point to point several times.  I'll need to do another illustration over the next few days to be able to explain it clearly.