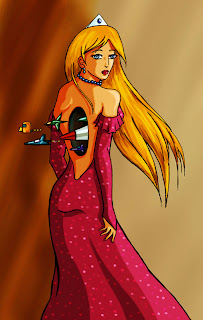 I have job interview with Enttamogah this coming Wednesday. Oooh...a little nervous. Pity that they aren't located as near to my home as all my other jobs are. It sounds like an exciting project, it'll also keep me employed till February if I get it. Renmotion does end this month or early next year, though Suren has mentioned other projects that I could be involved in.

That lesson (I get a different lesson to animate every week and I get paid after it's done) am working on at Renmotion is going well. I could get more done today but it's sooo hot and humid and I'm feeling rather headachy. I also need to start that Penguin animation this week...so am going to be doing some storyboarding later tonight and figure out the best way to attack my scenes.

Melbourne Uni is luckily very lenient on when they want me to submit corrections on previous work and the due date for an immediate project is not until late January which am happy about.

Ah, debating on what to take to the Interview. Wanting to make sure that I don't forget anything and hoping that I do well. I am glad that they liked my website enough to call me back. It gives me a great amount of confidence that people are still impressed with work I did over a year ago. There's no Dogstar on the reel or any of my newer animations so it does make me feel great about it. Thomas said that as soon as Dogstar is out on TV he'll help me cut a new reel for me! Very awesome.

Daniel has been sick so still no new title for that short film we're doing or the characters for that matter. But it'll happen at some point...I hope.

I was also up on the Eatpoo to do an illustration for the "Weeklies" forum. Check the link out at:
http://www.eatpoo.com/phpBB2/viewtopic.php?p=737698#737698
Email Post