When it rains it monsoons 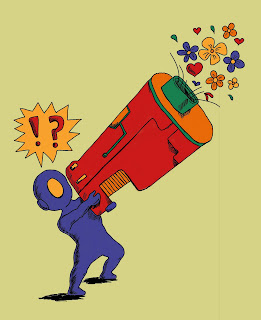 Gah! What a week it has been! I had an interview with Ettamogah last Wednesday (the 13th) which I thought went really, really well! But hey, who knows! A lot of ex-Dogstar animators applied for the job so who knows what's really going to happen. Getting the job would be great! But at the same time I already have Renmotion and Melbourne Uni to contend with come January so things are going to be very hectic for one whole month as it is....but alas, I am greedy and a workaholic and if I can take a job... I will!!!!!! Sigh....and I wonder why I dont have time to do anything but work. :) I am so addicted to it.

Next, I also had a very difficult lesson to do at Renmotion which I managed to complete last Friday. Very proud of that as I managed to get ahead of schedule and it looks very cool! Also had drinks that night with Mark Sheared ( a great freelance animator/illustrator) and theres news of a biggish project at an animation company next year which would be great!. I apparently, might be getting "the call" from them soon.

On Saturday, I completed a last minute job for Nine Lanterns with the help of David Blumenstein. We did the entire animation from scratch. The character set-ups, the backgrounds, everything. It was an amazing feat and I couldn't have done it without David B. Great animator. Anyway, Michael ( Nine Lanterns boss ) was very happy with it.

Come Sunday morning I was up for Eatpoo (and was since Friday) so I was about 48 hours late to put something up on the forum...which I did early Sunday morning. Not one of my best work but I like it all the same. I love doing stuff at Eatpoo as I draw subjects and think of concepts that I wouldn't have without the inspiration or a reference image. Check the eatpoo link out at:
http://www.eatpoo.com/phpBB2/viewtopic.php?t=35164&postdays=0&postorder=asc&start=360

Now it's Monday and I am back to work at Renmotion and meeting a new client for the first time. Sam (new client) has a very interesting project and it would be great to work on! But I'll wait till it goes through first.

In between all this, I managed to sneak in a little bit of animation time for the St. Hide AD which I am now feeling more comfortable with. I'll get it done and will have a few days breather in the process too!

In short, I had a very, very busy week. Busier than normal but it was fun and I got everything that needs top be done, done! So am happy! :)

The funny thing is that between all these jobs, I've gone out for dinners, drinks and had a BBQ and a birthday party to go to all in one week. So am proud of my effort. People who are workaholics also have and can have social lives! We just go crazy in the process....but not to worry! The work will still get done and get done well I say!!!!!!!!!!!!!!
Email Post