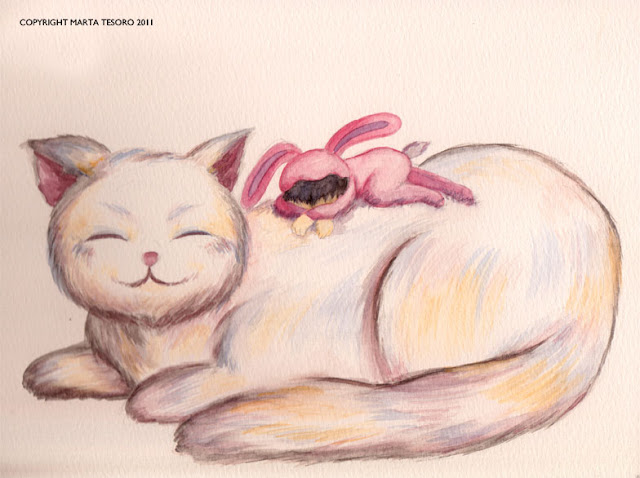 Illustration 179, only 3 more to go till 6 month goal is complete.  This is more like a Kitty Bed than a Kitty Pillow I realize but I rather like the title.  This one is influenced by the big fat white cat my sister has called Smoo.  He's so big, white and fluffy and I can't help but want to squeeze him like a stuff toy.  Anyway, if I was smaller, he would be such a nice thing to lie on.  If I actually wasn't allergic to cat fur.  Ah well.
Email Post
Labels: Daily Image Water Colours