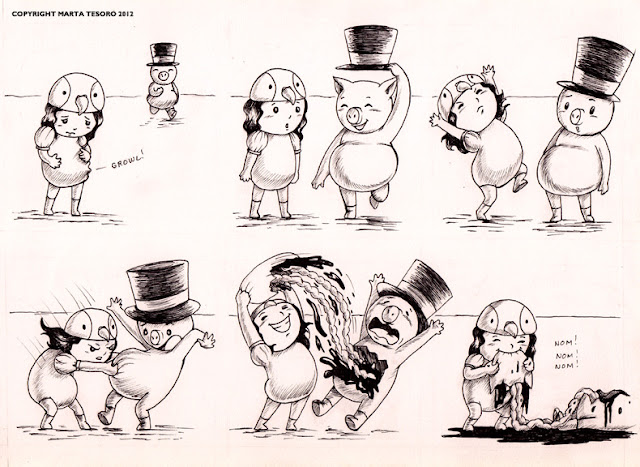 Howdy!  Here's the very first comic strip I managed to start and finish at Camp.  Influenced by a Facebook status of one of my friends.  I actually finished 3 comic strips at Comics Camp (this being one of them).  I want to release a comic book later this year that will have various short stories....and not all of them will be as violent as the one above (more or less) but it will definitely be cute.  I can't show everything I've drawn since I want people to actually want to see the actual comic book!

On another note about making comics...my friend Ben Hutchings has made up a story inspired by the fish bone illustrations I've been doing.  Stay tuned.  If I don't go crazy, there may be 2 comics from me this year.
Email Post
Labels: Comics