Let the Monsters Out! 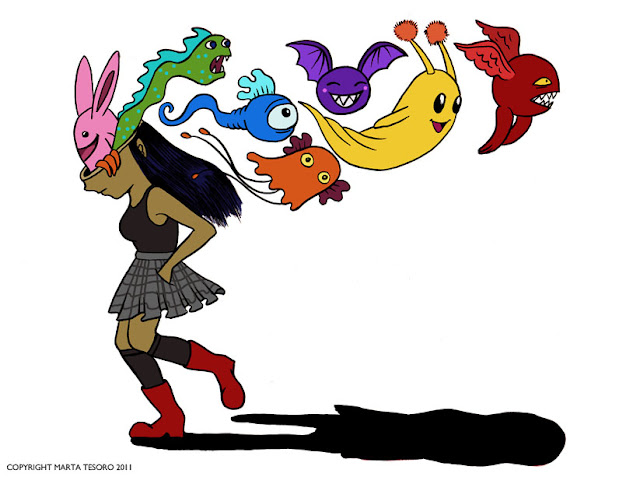 Day 51 of illustrating straight...hell yeah!!!  I've been saying lately that I've been releasing a lot of thoughts, inspirtations and my moods have been showing up in my illustrations and I've been saying lately "Just releasing the monsters in my head", so I thought I'd draw it. I did this yesterday at an artsy pub in the city with comic friend Ben Hutcho.  I like drawing with people.  This was drawn in lead then inked with a japanese brush pen (first time I've ever used one and I like it!) and then coloured in Photoshop.

Busy days ahead for me...I hope everyone has an awesome week!
Email Post
Labels: Daily Image