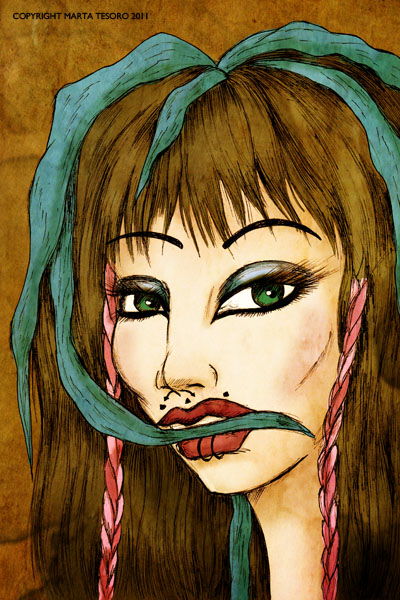 I saw this woman on the train yesterday and I thought she looked awesome so I memorized what I could and drew her up today. She had cool hair, some were blue dreds, some braided amongst the black.  She had funky facial piercings too!

Am now up to day 67 of illustrating everyday.  Who would have thunk?  I was just hopeful to make it to Day 50 and now there's a chance to make a 100....that would be so awesome!

For other news, work is going well.  Still on the pilot job and doing University illustrations, applied to learn 3D animation next year and I have to start on my animation for loopdeloop shortly.  Still planning to make a comic as well.  Time seems to be flying though!  So much to do!