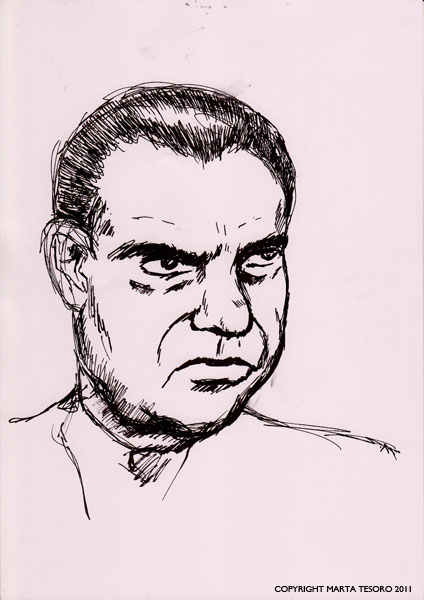 So I was at the bar/cafe thing again last night with a couple of comic book artist friends.  They were both drawing Nixon when I arrived.  Apparently the owner of the bar has a thing for the dude so I joined in.  My first attempt was terrible, I was using a pencil and being far too precious with it and this was my second attempt.  No pencils just straight on pen.  It was a lot more fun to do it the second time around.  I don't think I have his face right though....not enough jowels.