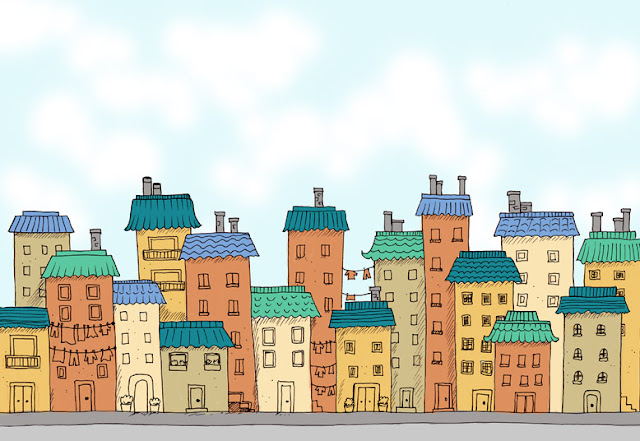 Holy S*%$!!!  What a day and it's not even over yet.  So I was up till about 2am for the emergency job last night, got up at 7am and getting in contact with the client, then realizing that the IT gods were against us as the last file refused to be received at their end and finally a few hours later I manage to send it to him via another internet route.  Grrrrrr!!! Insanity!!!!!!  That said, the client is very pleased with my work, so I in turn am very pleased too!

I also spent the morning doing this drawing.  I rarely draw backgrounds and this is something I did for 3D school which is starting in about 2 hours.  It's for a Snow globe Exercise.  Lets see how that goes.  I actually really like this drawing, considering how rarely I draw backgrounds.  The last time I drew a BG was for a job one year ago.

Sheesh, I am also still waiting for the printers to text me so I can pick up the pieces before 3D school otherwise I wont be able to pick it up until Monday next week.  Sob!!!

Sweet!  Just got the text from the printers, got to dash!
Email Post
Labels: Copic fineliners Photoshop