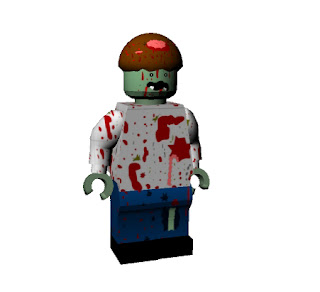 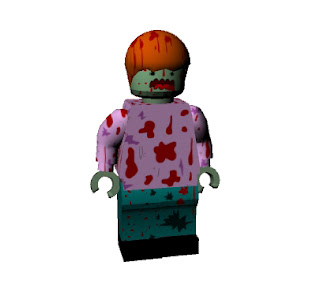 A more complicated modelling than the boxmen that was done previously.  All the textures were drawn up in Flash.  We were put into teams for this tutorial to re-enact a movie scene.  My team chose "Sean of the Dead" where one of the characters gets pulled through a window and torn apart. I did two of the zombies and the blood and drew the blood and guts which where then put onto a 3D plane.  It was definitely a lot of fun and I managed to get through most of the model except for the arms.  I had to do the arms like three times till I got it right.  I need more practice.

Something exciting happened at Squishface Studio today but can't tell you guys what yet!  I also finished a black and white fishbone piece and have started painting a new Steampunk fish.  I will hopefully get it done tomorrow and then do more freelance for the next few days.
Email Post
Labels: 3D AIE