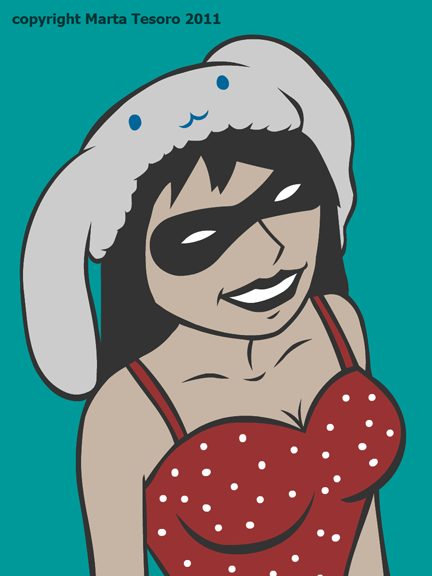 Howdy!  Just got back from my Armageddon weekend a few hours ago.  I was dressed as Harley Quinn from the 90's Batman animation.  I had a fantastic time!  I went with a 90's Rogue, a Cobra Commander and a Dr. Who character (the one with the Fez).  It was fun!  I love doing dress ups and it was fantastic in an environment like that! More importantly...I bought a BUNNY HAT !!!!  I am so pleased!   I suggest that anyone who likes comics and popular culture head to one of these events at least once.

Paranoia is a funny thing.  I do get paranoid and a bit neurotic from time to time.  Mostly in situations or with people I am uncertain with.  What makes me sad is that sometimes am not being paranoid but it comes across that way.  I suspect that people who know me read it that way because they expect it...so easy to misinterpret it on text messages especially.  I think...with people like that it's best to say as little as possible on text just to avoid the trouble.  It bothers me that I cannot just be myself but  I don't like being perceived as someone overly paranoid.  Everyone has flaws and I know mine.  I just don't bother hiding it most of the times and I think it is time to change this.