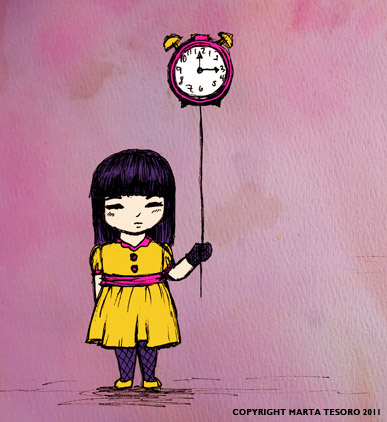 Illustration 116.  Time was just escaping me today.  I woke up a little later than what I would have liked as I was working till 3AM doing some character designs on a project that my friend and I are working.  More details will be revealed later when the project is past development stage.  Then this shot, which is now approved, took longer than I thought it would take and I had to head out into the city to check out something ( more details on this later when it's all official) and hung out with some friends, didn't make it to the gym as I had Daniel coming over my place to render out a higher quality version of the corporate reel.   How I would love to control time.  Seriously...how cool would that be?  I would be able to get everything I wanted to get done within the space of an hour!  I mean, trying to find the happy balance between paid work, personal work, fitness and friends and things like personal hygiene,eating and sleeping is so damn difficult.  I can't remember the last time I slept for 8 hours.  Worst, I keep trying to work and cook at the same time and I end up burning lunch and stuff.  Terrible!