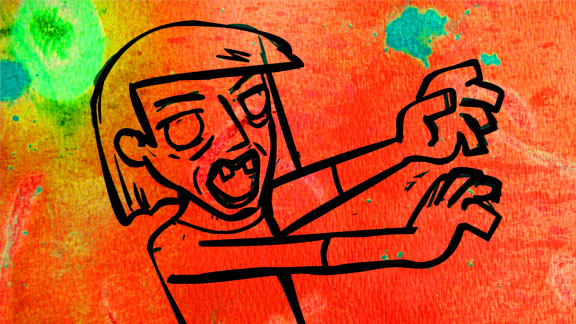 Illustration 120.  Whoops was really in a rush today to put something up since I don't know what my movements will be later and I didn't want to be thinking of putting a drawing up for today later.  The Zombie Shuffle is today and the weather is currently miserable. Ah well :)  Hopefully things are better later.

I just put my foot in my mouth recently and said something that I didn't realize was a secret, I don't recall being told that it was something that could not be said anyway.  Feel a bit bad about it and have apologized but not sure what else to do.  Mmm...hopefully things settle down soon.
Email Post
Labels: Daily Image Flash